The frame measures 11.5 from the center of the axle hole to the front of the frame frail straight across. The frame down tube is about 1 3/4" to 1 7/8" square in external dimensions.

If bikes are for kids I'll never grow up.
Top

If bikes are for kids I'll never grow up.
Top

This is how it turned out in the end: 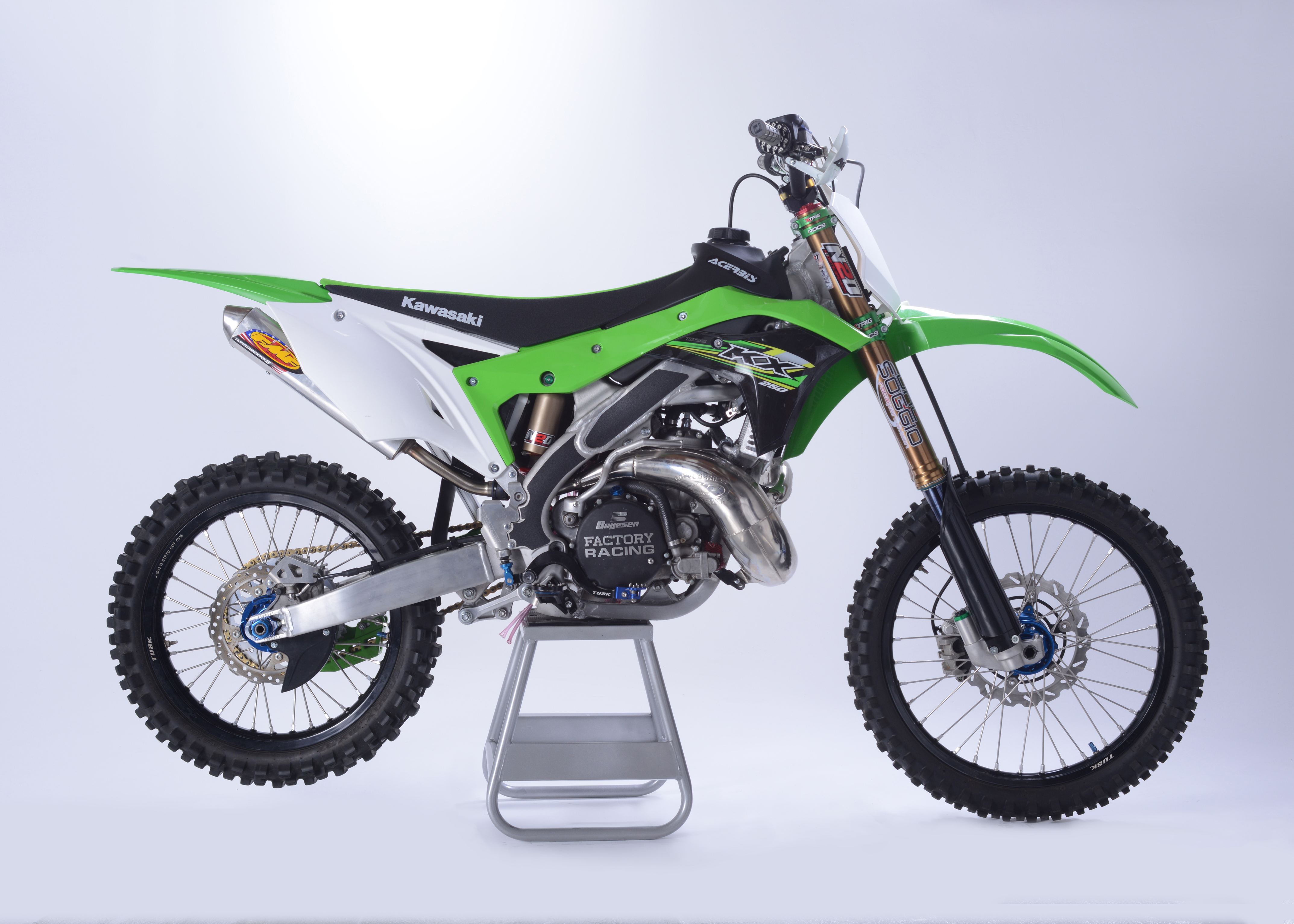 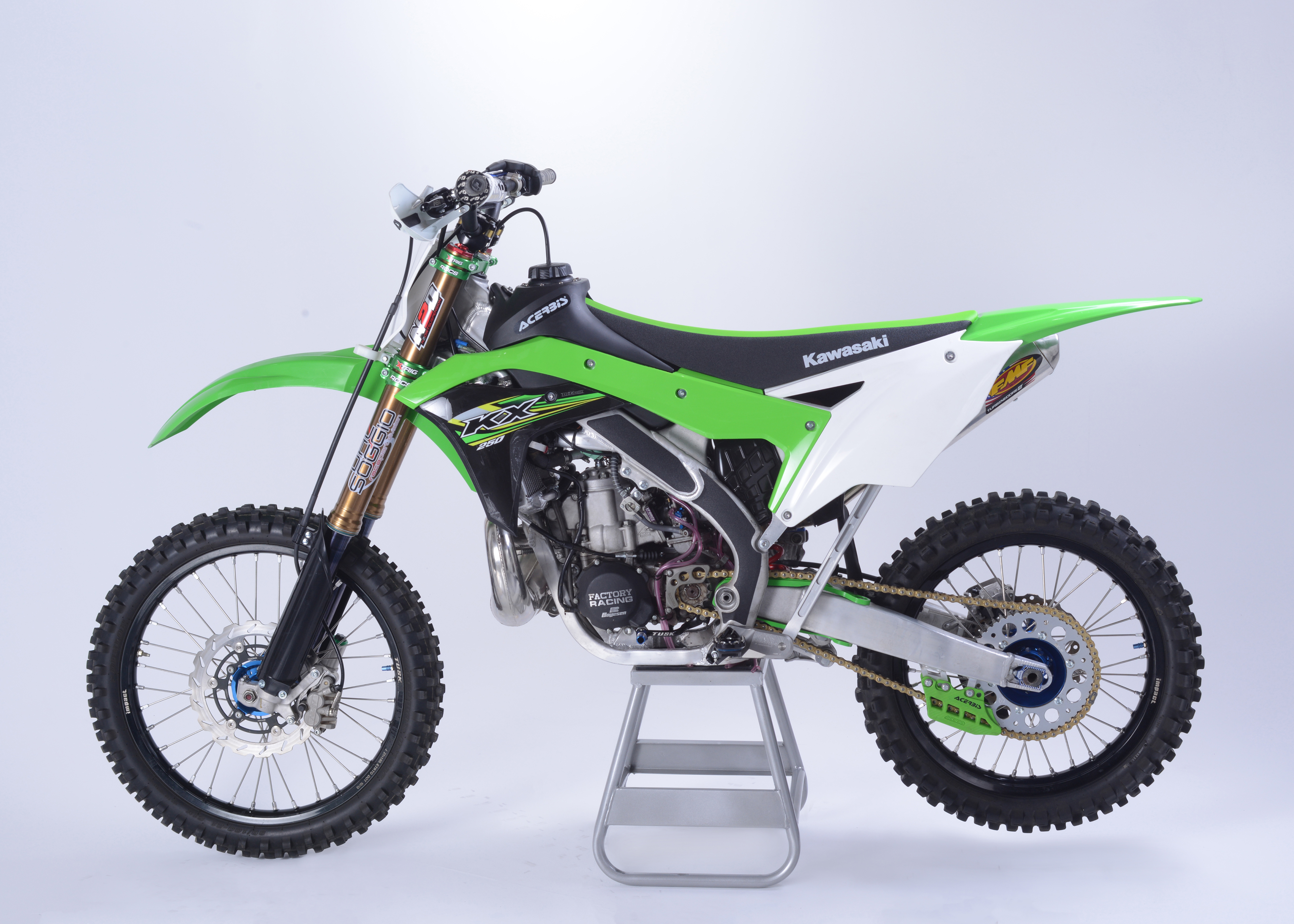 I ended up using a 2001 CR250 frame cradle, which allowed me to use the bottom motor mounts. They are remarkably similar in measurement. The only thing that was left to fabricate were new front mounts, which were pretty easy, and a head stay. I just built a piece that was two legs welded to a flat bridge. The legs bolted to the frame, and I put a piece of square tubing under the flat bridge. I used a shortened set of 250 head stays to attach to the square tubing, thereby attaching the head stay to the head.

The suspension is by N2Dirt, and consists of KX450F air forks converted to spring with Dal Saggio Sphere inserts and Kashima coated uppers. The rear shock is the KX250F with Kashima coating on the body and DLC on the shock shaft. Not as golden and blingy as Sandblaster's Ohlins (love those forks), but still pretty cool. The clamps are from XTrig, and were an eBay steal.

The wheels are Tusk Impacts, the tires are MX31s from Dunlop. Along with the wheels, most of the brake components, controls, and exhaust came off my 2004 KX250. It's amazing what all bolts on.

A couple of parts that I couldn't have done it without are the airbox adapter by MXPowders, and the modified two stroke radiators by ICW Radiators. Another key part is the 2003 model pipe. It mounts at the bottom and at the back, unlike the 2004 that mounts at the bottom and top. This allowed me to use an existing hole in the four stroke subframe, so I didn't have to weld on a top mount and expose the frame to more heat. The subframe only has one muffler mounting hole, so I made a triangle mount from 1/4" aluminum and tied in both silencer mounts to that muffler mounting hole.

Once you get the frame done, the rest is pretty straightforward. It was a lot of fun to build, and I can't wait to ride it.
Top

That bike is very nice.
Congrats on a very nice build.
Now you can take it out and ride it hard with a smile on your face.
I can't wait to take mine to the desert and flog it

Return to “Bike Builds and rebuilds”

Users browsing this forum: No registered users and 3 guests